Artificial colourings are a dangerous addition to any food.  The instance of colouring our food to make it look more appealing is on the rise and with negative consequences. 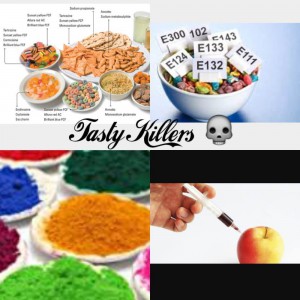 A large part of the issue is the smokescreen created by the food industry that involves using obscure names and deliberately trying to confuse consumers.

Some artificial colourings are so ubiquitous that they don’t even have to be listed on the food ingredient label. And if you think their addition is limited to gnarly, heavily processed foods then think again.

There is a common colour enhancer known as Sodium Nitrate (and Sodium Nitrite) added to meats to give them a red colour.  This practice largely focuses on processed meats but your sirloin isn’t totally safe either!

‘The World Cancer Research Fund (WCRF) has completed a detailed review of more than 7,000 clinical studies covering links between diet and cancer. Bottom line: Processed meats are too dangerous for human consumption. Consumers should stop buying and eating all processed meat products for the rest of their lives.’

Unfortunately, sodium nitrate (and Nitrite) also results in the formation of cancer-causing nitrosamines in the human body leading to increased instance of cancer in those that eat them.  A 2005 University of Hawaii study found that processed meats increase the risk of pancreatic cancer by 67 percent.  They are so dangerous that the USDA tried to ban them (sodium nitrite and sodium nitrate) in the late 1970′s but was overridden by the big buck meat industry.  Still to this day big corporations that dominate American food and agricultural interests hold tremendous influence over the FDA and USDA.

Though America does appear to be in a worse state that the UK, what happens there usually infiltrates to here.  They tend to set the very low standard to which the rest of the world devolves towards.

Other food colourings such as Blue 1, Blue 2, Red 3 and Yellow 6 have been linked to health issues.  Blue 1 in particular may cause cancer and is used in many soft drinks, pastries, and Blue 2, found in the same foods has been shown to cause brain tumours in animals.  Red 3 has been related to thyroid tumours and Yellow 6 has been shown to cause kidney and gland tumours in animals.

There have been numerous reported cases of ADHD severity being reduced and academic performance increasing with the removal of additives (colourings, flovourings, and preservatives) from the child’s diet. I have my own very personal experience of this.

When I was younger I was classed as ‘hyperactive’.  I was an ‘up all night, hyper all day, go-go-GO child’ that drove my parents round the twist.  I was a nightmare, I would climb into the freezers at the local supermarket (they remind me of this to this day!), I would wrap myself around poles (thankfully not an indication of my future career) and I would try and climb anything I could get a grip of! I never tired and by todays standards I would have been diagnosed with ADHD. When I was 3 years old my parents sought help.  I won’t divulge what the doctors told them to do (maybe some other time) but it was horrific and thankfully they refused and decided to persevere with me.  Then one night a family friend was in our home and I was apparently being more hyper than usual, he asked if there were any E’s in my diet…

…Of course he was referring to E numbers.  Something every one is aware of nowadays but over 25 years ago they were a relatively new phenomenon to worry about.

And yes, there were lots of E numbers in my diet.  Not intentionally, my mother had always fed me very healthy home cooked meals, but like any youngster I loved red sauce and Raspberry Ripple Ice Cream.  When she checked the back of the packets, sure enough, there were a string of E numbers staring back at her!

When these and all E number containing foods were eliminated from my diet I ‘changed overnight’, ‘became a different child’, ‘settled down’ etc.  I often wonder how many children diagnosed with ADHD and on medication would benefit from the same dietary intervention.

E numbers are additives, and additives usually have some kind of negative effect on our bodies or brain chemistry.

Think of the flavour enhancer Monosodium Glutamate (MSG), it is in everything from crisps to your favourite takeaway and has been linked to a whole host of health issues to myriad to get into here.  MSG is an excitotoxin used to make bland food taste good.

“The use has doubled every decade since the late 40’s. Today MSG is added to most soups, chips, fast foods, frozen foods, ready-made dinners, and canned goods. And it has been heaven sent for the diet food industry, since so many of the low-fat foods are practically tasteless. . . . Often MSG and related toxins are added to foods in disguised forms. For example, among the food manufacturers favorite disguises are ‘hydrolyzed vegetable protein,’ ‘vegetable protein,’ ‘natural flavorings,’ and ‘spices.’ Each of these may contain from 12 per cent to 40 per cent MSG.”

Below is a short list of some of the guises MSG likes to hide behind:

Additives that may contain MSG and/or other excitotoxins:

MSG has been dubbed ‘the taste that kills’ and is associated with a host of health issues from drowsiness, nausea and weakness to rapid heartbeat, chest pain and migraine headaches.

Even when we think we are eating whole, single ingredient foods, we can be very very wrong.  Consider the dye injected into salmon to make it ‘Supermarket Pink’ or the wax sprayed on apples to make them shiny and more appealing.

This post isn’t supposed to come across as sensationalist or scare-mongering, just point out the need to educate ourselves in relation to our food choices.

The moral of this is that we need to fight for more transparency in the food supply chain. We need to demand explicit food ingredient lists and eradicate this gray area the food manufacturers have created.  The slight of hand created and perpetuated by the food industry is causing severe health problems and unless we have a more direct and clear labeling system they are guilty of ‘false advertising’ and are deliberately misleading the consumer.

We also need to take responsibility for our own health.  We need to acknowledge that there are additives in processed foods and even in seemingly innocuous ‘healthy’ foods.

We need to push for more food and nutrition education in school, better control over school dinners (bring back the in house cooks!) and educate parents to be better able teach our children moderation and how to make informed choices.

They are they future, but with the current state of the food industry, I have my doubts it will be a bright one! 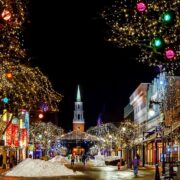 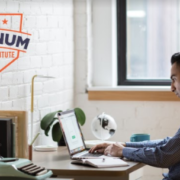 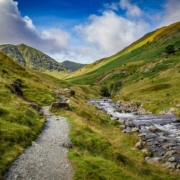 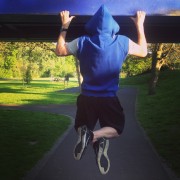 6 Weeks to Hell and Back 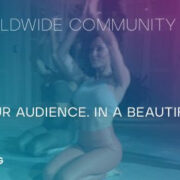 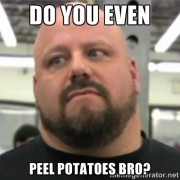 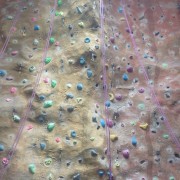 Would you shoot the firemen?