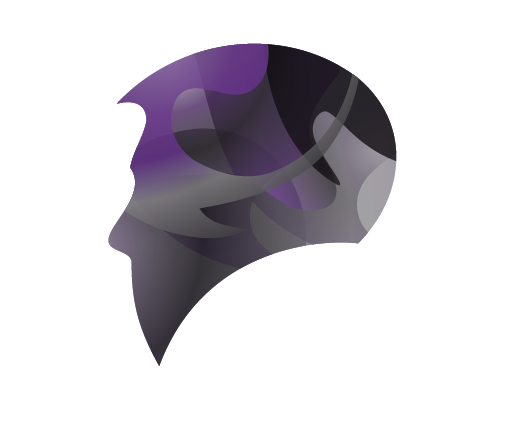 #EmergingProud – Breaking Down or Breaking Through?

A few months ago I had the pleasure of being introduced to a lovely lady called Nicky Hayward. I had welcomed her into Hydro-ease with Lee and Debs from a charity based in England. We discussed the potential of delivering our unique approach to people living with the symptoms of trauma as part of their organisation. Recently I had qualified and been accredited in Havening – www.havening.org – a pyschosensory approach to trauma recovery permanently removing the impact through neuroscience. I was only the 5th person fully qualified and accredited in Northern Ireland. I was starting to draw the attention of alternative service providers. At that meeting Nicky asked if I had read Malcolm Gladwell’s book “The Tipping Point”. I hadn’t, so she promptly gifted me a copy!

The following week I left for New York where I celebrated a friend’s wedding and took in the sights. On the flight there and back I read the book and within the first few pages I was hooked. It explains how things go from being trends to household names/discussion points – American civil war, Hush Puppies, Sesame Street, AIDS and it explores the roles of Connectors, Maverns and Salesmen in the process known as the tipping point. I identified myself in each of the roles described in this book and had a feeling it was a timely piece of literature for me.

When I returned from NYC Nicky tagged me in Twitter in an event that was about to be launched the following week. I was intrigued and drawn to be involved in any way I could. The event was #EmergingProud – www.emergingproud.com – and it is a global movement focusing on welcoming spirituality into the bio/psycho/social model to look at the possibility of Mental Health crisis actually being an emergence of the true self, rather than an emergency approached with medication to suppress symptoms (this is still the needed approach at times). This spiritual approach includes things like listening to intuition, trusting in the Universe (Law of attraction), exploring the cause, taking time to heal, focusing on the breath, being kind, finding gratitude and compassion within yourself to integrate the learnings to enabling us to emerge from the labels and masks we hide beneath/behind allowing our true “self” an opportunity to thrive and prosper. This immediately resonated with me and I had to find out more.
I contacted the organiser of the event, a lovely lady called Katie Mottram. We decided to be the Ireland representative screening the global premiere in Hydro-ease. Katie stated it was a bit late to be so involved however due to my enthusiasm and keen interest she agreed to add us in. I was thinking “this is so me” fashionably late to the party, or as some would say “The Gatecrasher”. Regardless, I was in and so excited and enthusiastic to be part of this – providing an opportunity for others to be involved also.
After an initial harvest call with all the countries involved – Hungary, Germany, Finland, Canada, America, Uganda, England, Romania, Iceland, Brazil, Australia I had 4 days to advertise and draw a group of like minded people together. With the lure of global change and popcorn I set about my mission. Within 48 hours I had the promise of over 20 bums on seats and attracted the attention of a few key figures within NI. These guys had been singing from this song sheet for years just waiting on others to add their voice.
Friday came and the night started, there were 7 cancellations, 2 no shows and 12 people who made it. We started off by discussing what “Mental Health” meant to us, then went onto discuss what “Spirituality” means to us. Doing this before the film allowed us the insight of the others in the room. We all approach and understand linguistics very differently so it was a great opportunity to begin to open our minds to other’s views and experiences.
The film itself was amazing. People were opening up about their experience of “awakening”. All of the symptoms described would fit very nicely under the “Westernised” labels we all know. However, these were being shared and journeyed through an understanding of growth and emergence. This allowed them to shed their old skin and grow comfortably into their new one. Among the people in the film were lawyers, social workers and teachers. They discussed their path and evolvement through embracing their crisis. Resisting the ego’s need to be rigid, through flexibility and understanding these people had come out the other side. Not only in one piece, but with a deep understanding based not on their experiences and actions of others but by who they were at a fundamental level and learning every day we are never really finished works of art. None the less works of art any how. We discussed how we could rethink madness and how we could support change within the communities we are involved in.
Since Friday I have felt a renewed sense of self. I’ve identified that somewhere in my colourful past I began my emergence. Sometimes kicking and screaming and at times with the help of some unorthodox coping strategies but I’m getting there. I feel I have the energy and commitment to create change and passion within others. I won’t stop, supporting the healing of one person at a time as I go.
If you would like to remove the shackles that hold you, are interested in Havening or being involved in this global change please get in touch.
Vivian McKinnon
Founder Hydro-Ease
www.hydro-ease.co.uk
22nd May 2017/by Lee Havern
https://www.platinumtraininginstitute.com/wp-content/uploads/2022/04/Fit-Mind-Matters-16.png 531 531 Lee Havern https://www.platinumtraininginstitute.com/wp-content/uploads/2017/10/logo-2018.png Lee Havern2017-05-22 09:16:592022-09-03 08:49:59#EmergingProud – Breaking Down or Breaking Through?

We are Proud to be the New Sponsor of QUBTri

The pressure to do too much…..

Its been a Quick 20 Years … and in the mean time, Everything has Changed.

Health and Fitness Myths
Are you a Grower and not a Shower?