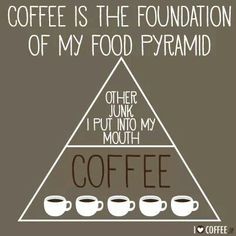 Today is my first day coffee and caffeine free! YIKES!!

I do this periodically.

I like to cycle my caffeine intake because to be honest I can get a bit carried away. Now and again I like to hit the reset button.
As a self-confessed coffee addict I was drinking 8+ cups of strong, black coffee a day last year. A DAY!! That’s almost 800mg of caffeine a day! Couple this with the knowledge that caffeine has a half life of 3-6 hours ( depending on your metabolism) and its no wonder I was only sleeping 5-6 hrs a night and bouncing all the time.
But energy from overconsumption of caffeine is a debt that has to be paid back at some time. Soon you find yourself in that tired but wired state. Can’t sleep. Can’t concentrate. Can’t stay still. Can’t drink enough coffee to sustain the habit!
So then I decided to hit reset. To go cold turkey and avoid caffeine consumption completely- I like to make life hard for myself!! (read Nassim Taleb’s Antifragile and you’ll like it too!!) 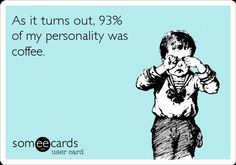 Anyway after days of being groggy and grumpy and generally not nice to be around the fog started to lift and my mind started to clear. After a few weeks of the reset I allowed myself one coffee in the morning, then that became one in the morning and one at 3 pm, then that became one in the morning, one at lunch and one at 3 pm etc etc hopefully you get the picture. That was over a year ago.
So today it’s time to go cold turkey again! Yeah! *Note sarcasm*
I know my coffee intake had gotten out of hand and my sleep and adrenal function is suffering because of it!

Some of the benefits of forgoing caffeine are:
Breaking the addiction and allowing your body time to recover from caffeine overload especially in relation to adrenal function so I’ll be stacking Maca (an adaptogenic herb) with my coffee famine!
Better sleep- remember that long half life? Well that’s the reason some people suffer from insomnia or poor sleep. The caffeine never really gets out of their system they just keep topping up supples!
Decreased anxiety- too much coffee can cause the adrenal glands to become trigger happy and that candy cause feelings of anxiety.
Fewer Trips to the Bathroom- As caffeine is a diuretic Caffeinated beverages can cause people to urinate more often and in some people even can cause incontinance
Whiter teeth- Coffee can cause yellowing of the teeth- especially if you drink it black!!
Get cognitive benefits of caffeine when start again!

Save money- at £2-3 a go reducing coffee intake can help your finances!

But it’s not all doom and gloom when it comes to caffeine and coffee consumption. So here’s why I won’t give up caffeine completely:
It is one of the most well researched and proven ergogenic aids. I.E it has been shown to increase athletic performance including power output and stamina!  The Journal of Strength & Conditioning Research conducted a systematic review of 29 studies related to caffeine and athletic performance.  They were trying to establish if caffeine prior to exercise acted as a performance aid. Here’s what the researchers concluded:
http://mobile.journals.lww.com/nsca-jscr/_layouts/oaks.journals.mobile/articleviewer.aspx?year=2010&issue=01000&article=00038#ath
The University of Georgia has found that a moderate dose of caffeine (about two cups of coffee) can reduce post-workout pain by up to 48%.
http://www.sciencedirect.com/science/article/pii/S1526590006010236
Caffeine has superb cognitive enhancing effects and a myriad of other benefits but these are dampened if tolerance to caffeine is high.
So I’m going cold turkey to reduce my tolerance once again!
Wish me luck!

Podcast – Health and Happiness in Copenhagen

Do Not Disturb
Scroll to top