Super excited about the arrival of my wee Lumie!! 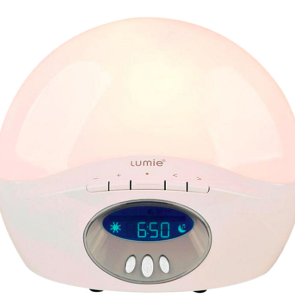 As part of researching a method to combat my insomnia, I read a lot about Seasonal Affective Disorder or S.A.D.
Its really interesting topic that made a lot of sense to me. We can rarely follow our natural circadian cycle in the hustle and bustle of modern society and a major effect of this is poor sleep- that’s if we manage to nod off at all!!
S.A.D is a type of mood disorder that can affect people at this time of the year when the days are short and nights longer. It is very normal for the changing seasons to affect our mood in some way, we all have a spring in our step in spring and feel more energetic and vitalised  in summer, and we tend to want to eat and sleep more in autumn and winter. 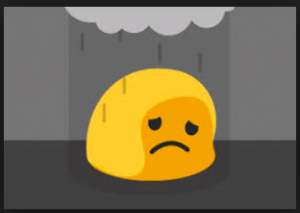 However, those suffering from SAD will feel the impact of winter to a much higher degree. It can cause mild to moderate depression, sleep disorders (wanting too much, not being able to sleep) and can have a negative affect on energy levels and even day-to-day functioning.
SAD is more common in Scandinavia, Europe, North America, North Asia, and in southern parts of Australia and South America.  For example in northern Europe, it’s estimated that about one in ten people experience some symptoms of SAD. In the UK, you may start to get SAD symptoms between September and November and they may continue until March, April or even May the following year.
So what are some of the symptoms?
According to Mind.org you may experience some (or all!) of the following:
The exact cause of SAD is still unknown but according to the MayoClinic.org it could be due to one or all of the following:
And they also comment that being female increases your risk of SAD (by up to 4 times) and the severity compared to male counterparts.

In addition it’s so much more difficult to get going in the mornings if it’s still dark when we’re trying to wake up!
So what can you do if you suffer from SAD?
Firstly know what your individual signs and symptoms are!
*Maximise exposure to daylight
*Create some wintertime hobbies
*Consider light therapy
*Exercise
*Eat nutrient dense whole foods
*Limit Caffeine
*Drink liters of water a day
So I  bought this wee bundle of light and so far it has really helped me both nod off at night and also waken refreshed in the morning! 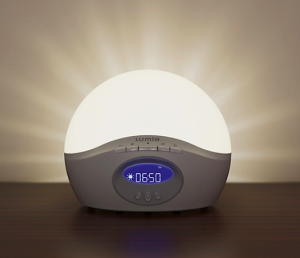